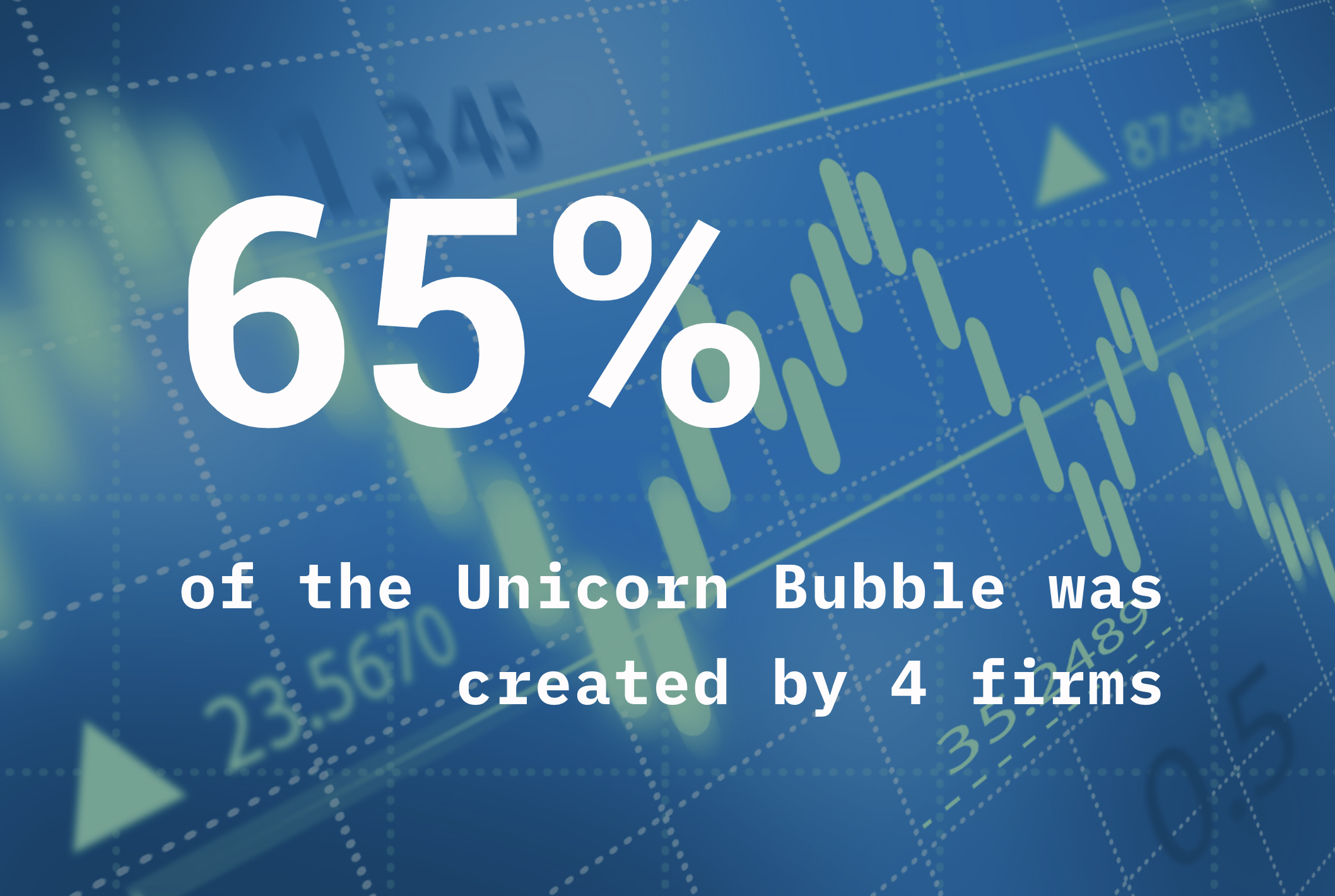 Bubbles. Widely critiqued, often ephemeral and nearly impossible to time. With the benefit of hindsight, we think it is safe to say that 2021 was the Peak of the Unicorn Bubble, with a spike in $500M+ megafunding rounds at $1B+ valuations.

This got us thinking about other historical capital markets peaks – think these are correlated?

Well of course IPO volume is at a 30-year low when so much capital has been doled out in the private capital markets!

Now, what if we told you that fully 65% of this Unicorn Bubble was created by FOUR firms – out of 2,889 US VCs. At their 2021 peak, each of these firms was participating in $925M rounds every other week. If that is hard to put into perspective, that is because there is no perspective! And that is why we call it a Bubble.

As Growth Tech ambassadors, we can not recall a time when the private capital markets have been so cornered with 15% of total invested capital captured by just 0.3% of all venture investments.